My Cargo just got Tulo'd and not in the good way.. That doesn't make a lot of sense basically The Mets got F'd in the A so call Svu . 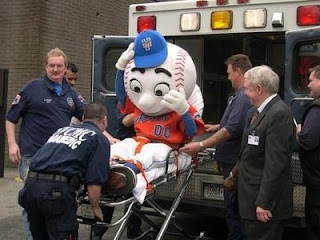 Umm, I am at a loss for words right now. Not really that wouldn't be good for the Phantom. 4 games technically 6 games in a row the Mets have given up the lead. 6 in a row thats horrible. Basically I have been blue balled 6 times in a row. I apologize for the crude analogy but seriously it was a back and forth back and forth forth forth forth. OK , so I am just gonna dive into this face first.
Sometimes the Mets make me so mad. Not mad at them per-say but mad at my self. I have been alive since 1985 and a human since 90( because when your five you should see your first game , none of this being a baby and going to a game. Whats wrong with you! You're a baby you shouldn't be in a place that sells beer. Go back to pre-k your on a rocky road) and I have been going to Mets games I think my life time in comparison to other teams is mets 848 or some absurd number to 4 yankees games and 1 O's game. So I really lean toward flushing. But today with the double header debacle just made me look at my life . Deeply .
As I strolled around a frozen lake wearing a black turtle neck and my navy coat feeding the birds. I took a long hard and deep ( thats what she said) look at my self and the choices I have made. I found some resolve I can be mad at the Mets, I can be upset that they haven't lived up to their expectations , and I can bag on them when I feel they deserve it . Why, because I am a Mets fan. Thats our God given right and if you don't think God has anything to do with being a Mets fan try rooting for them for a full season. Try it out. If anyone who reads this blog becomes a Full on Mets fan goes to at least 18 games or more takes photos of them at the game and or the ticket,and can survive the 162 game season like me. Write me about your trails and if your can make it the full season I guess we'll work something out like tickets to opening day for the Yankees or the Mets if you get hooked. Or something like a shout out on a blog or something. I don't know we'll work it out.
But back to the point. This week the Mets really just disappointed the New York fan base. Starting after the win against the Nationals The Mets blew a lead after Chris Young threw a gem . Literally your baby sister gave him a blue gem from her bedazzler and he owned house. 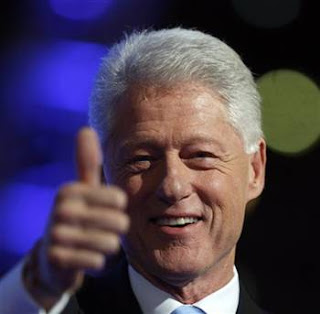 But the bullpen came out and like Bill Clinton the game was blown in a humiliating way. So with our heads hung low the Rockies came rolling into town and like I said in the West coast post those fuckers can play. They swept the Mets in a 4 game set. The games ended 7-6, rain out, 5-4, 6-5, and 9-4. "But why are you so upset they seem to have been in those games. They only lost by one for 3 of the 4, your over reacting . " Thats what you sound like that your voice . Lets break it down . The first two innings the Mets scored 2 runs ,The next two innings the Rockies tied it up , then the Mets scored 2 more runs , then the Rockies would take the lead and the game would end. Thats it " But what about the other games ?" God your question just hit the bone . That was the entire series . All four games I couldn't make it up if I tried . Troy Tulowitzki blew up this week as well . That dude hit 4 home runs . For those who like to play the numbers game thats a homer a game. Which is how it happened every one of his jacks where no doubters . He made Citi field his bitch, He hit more home runs this week at citi then David Wright did in all of 09.
That is it for tonight . I'm tired , I'm mad , and I 'm gassy so all those attractive qualities that women look for in a guy. I think I might go radio silent for friday. I think I might check out Scream 4 because Alison Brie is in it and she is amazing in both Mad Men and Community so maybe Scream 4 wont suck like Scream 3 because of her. Also check out http://gameplayheroes.com/. These goons are new . Mikey the dude who made our logo and happens to be related to me ( the jury is still out... Just kidding) and his buddies are writing about video games and what its like to have Mountain Dew inject to you intravenously. Give them some love , they been supporting us from day 1 so show them so love . 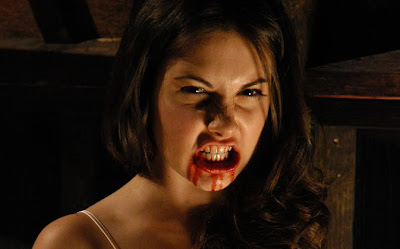 Posted by Always Blue and Orange at 12:49 AM